Home » Ask Corradino & Papa: What Happens If I Am Injured While in a Car-Sharing Service? 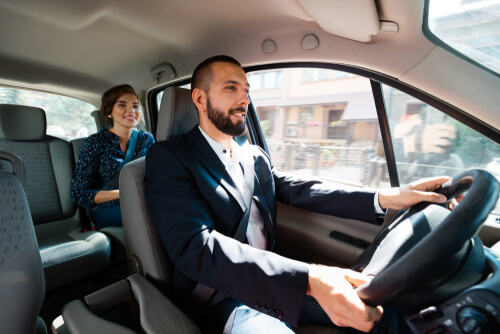 What Happens If I Am Injured While in a Car-Sharing Service?

Corradino and Papa, LLC, a personal injury law firm in Clifton, New Jersey, recently shared some basic pointers to help passengers who have been injured while riding in car-sharing services such as Uber and Lyft.

According to statistics from the Pew Research Center, 36 percent of Americans have used Uber, Lyft, or other ridesharing services. The popularity of these services as a way to get around has taken off dramatically in the past five years, especially in bigger cities or metropolitan areas. Unfortunately, the rise in adoption of these services has been accompanied by a corresponding increase in the number of traffic fatalities. Based on a study conducted jointly by the University of Chicago and Rice University, the average number of annual car accident deaths has jumped 2-3 percent since 2011 – equivalent to approximately 1,100 deaths per year.

“These services, the Ubers and Lyfts, and other ridesharing companies, they have changed transportation in a lot of positive ways,” said Jack Corradino of Corradino and Papa. “Unfortunately, they’ve also led to more congested roads and more careless driving. Passengers need to be aware of the risks of using these services and of what their legal options might look like if an accident does occur, and they are injured in the process.”

Corradino says that many consumers aren’t sure what to do if and when they are injured while using a car-sharing service. Several factors impact how insurance claims might be made or who would be the defendant in a potential lawsuit. These murky components can discourage injured ridesharing customers from pursuing the compensation they deserve.

“These folks are victims, plain and simple,” Corradino said. “They’ve been injured through no fault of their own, often due to the carelessness or aggression of another driver, but since ridesharing is relatively new, they aren’t sure what the protocol is for making an insurance claim or filing a lawsuit. It all makes for a confusing and stressful experience, and you add that on top of a potentially traumatic injury.”

Corradino recommends that victims injured in ridesharing accidents seek the advice of experienced personal injury lawyers. Consulting with a lawyer, he says, can help victims determine their options and sketch out a smart path for moving forward. That process may or may not involve a lawsuit at all. In many cases, Corradino says it’s simply a matter of determining where to make an insurance claim and then calculating (and proving) a reasonable list of damages.

“At Corradino and Papa, we offer free initial consultations to all prospective clients, simply because we want to give them all the information they need to make a decision about what to do next,” Corradino said. “So, in the case of a car-sharing-related injury, we’ll sit down with the person. We’ll help them figure out where to target their insurance claim, whether that’s at the ridesharing driver or another driver who was at fault for the accident, or even at Uber and Lyft. And from there, we’ll talk about damages and figure out what type of compensation the victim deserves, from medical costs to lost income and beyond. Just call us at 973-574-1200 to schedule a consultation with our team.”