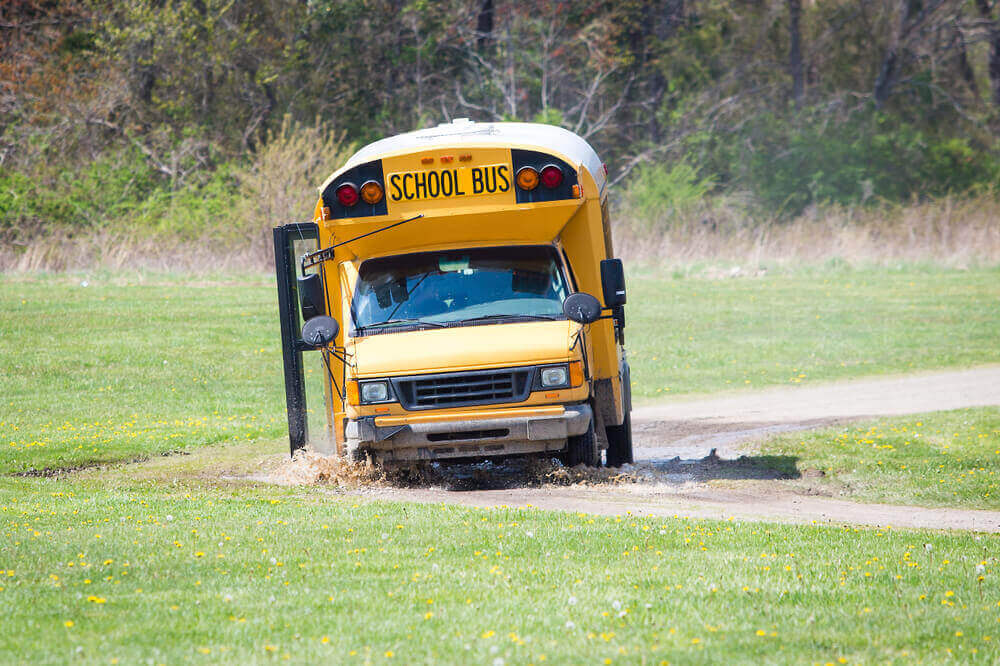 The school bus is the safest possible way for your child to get to school. School buses are designed to be safer than other vehicles and are heavily regulated to ensure the safety of all children on board. However, the occasional accident still occurs. Many children become injured in school bus accidents each year – for four to six of these students, their injuries will prove fatal. Here is some information about what steps you should take if your child is injured in a school bus accident.

When an accident happens, there are usually several different parties who could be liable. A school bus accident could be caused by negligence on the bus driver’s part, which would mean that the driver was liable for the injuries of the victims. If the driver is found to be negligent, their employer could also be held responsible. Alternatively, the accident may be caused by a faulty part such as bad tires or defective brakes; if this happens, it is the part manufacturer’s fault and not the driver’s. Yet another possibility is that, if there is another vehicle involved in the accident, the driver of that vehicle could be liable if they were negligent – say, if they ran a red light and this action caused the crash.

Legal action against the school

School buses are usually owned by the school district. That means that they could be held liable if the bus driver was negligent. However, recovering compensation is often difficult. The process for filing a claim against the school district (which is a government entity) is different from filing a regular personal injury claim. There are a few particular steps that must be followed, and there is a two-year time limit, so moving fast is critical.

Legal actions against another driver

If the other driver was responsible – not the bus driver – taking legal action and recovering compensation are easier processes. The responsible driver’s insurance company would compensate the victims – but only if they receive proof that their policyholder was at fault. A personal injury lawyer will be able to build a convincing case using police reports, medical records, and witness testimony as evidence to prove liability. It’s even possible that your case may be settled out of court – a more comfortable and convenient option.

The smartest thing you can do after a school bus accident is to contact a personal injury lawyer as soon as possible. An attorney will know how to begin the investigation quickly, making the appropriate notifications before their deadlines and helping determine who was at fault. If your child is injured in a school bus accident, contact Corradino & Papa today.