Home » Menace at the Beach (No, Not Sharks) 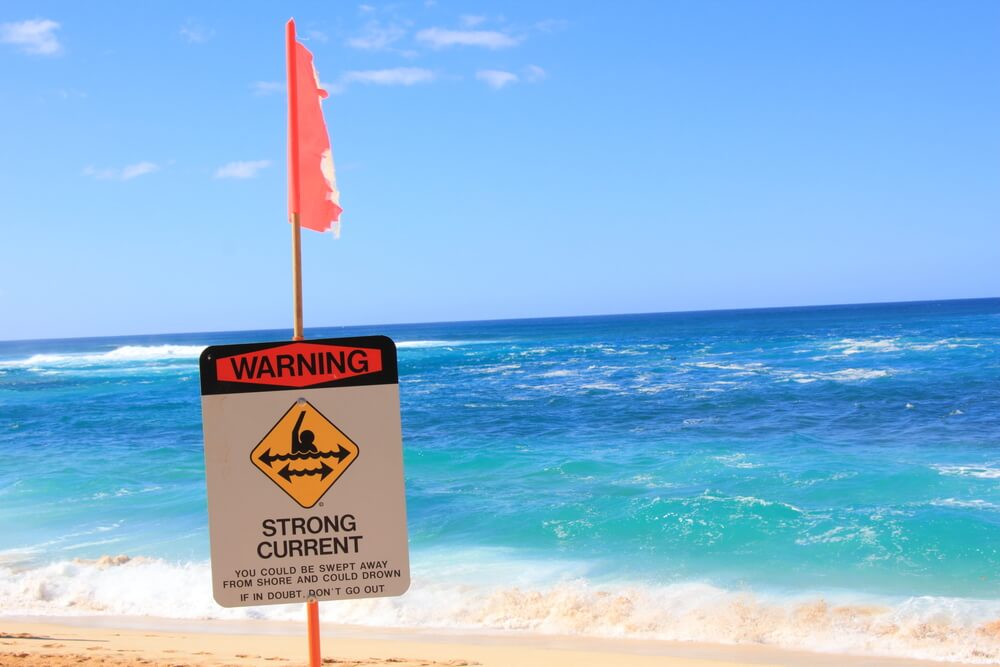 Menace at the Beach (No, Not Sharks)

Eighty percent of beach rescues performed by lifeguards result from swimmers getting caught in rip currents. Rip currents are powerful, channeled currents of water that flow away from the shore, back out to sea. They account for over 100 deaths per year at U.S. beaches.
Rip currents typically form at low spots or breaks in sandbars or near structures such as jetties and piers. When waves break strongly in some locations close to shore and weakly in others, the risk of dangerous rip currents is elevated. Their strength and speed are influenced by wave height and the frequency of wave formation.
Most rip currents travel at 1–2 feet per second; however, the strongest ones surge at speeds as high as 8 feet per second—faster than an Olympic swimmer can sprint. Rip currents frequently dissipate just beyond the line of breaking waves, but some may extend hundreds of yards offshore. Most are narrow—less than 80 feet wide—but occasionally can be broader, to well over 100 yards.
If you find yourself ensnared by a rip current, remain as calm as possible. Do not fight against the flow. Since most rip currents are narrow, swim parallel to the shoreline until you escape its grip, then head back to shore. If you can’t, calmly tread water or float until it weakens. If you know you are still in trouble, face the beach, wave your arms, and yell for help.
Rip currents can occur at any beach with breaking waves, including the Great Lakes. Swim at lifeguard-protected beaches to improve your survival chances should rip-current trouble arise.