Home » Four Things That Can Cause Distracted Driving 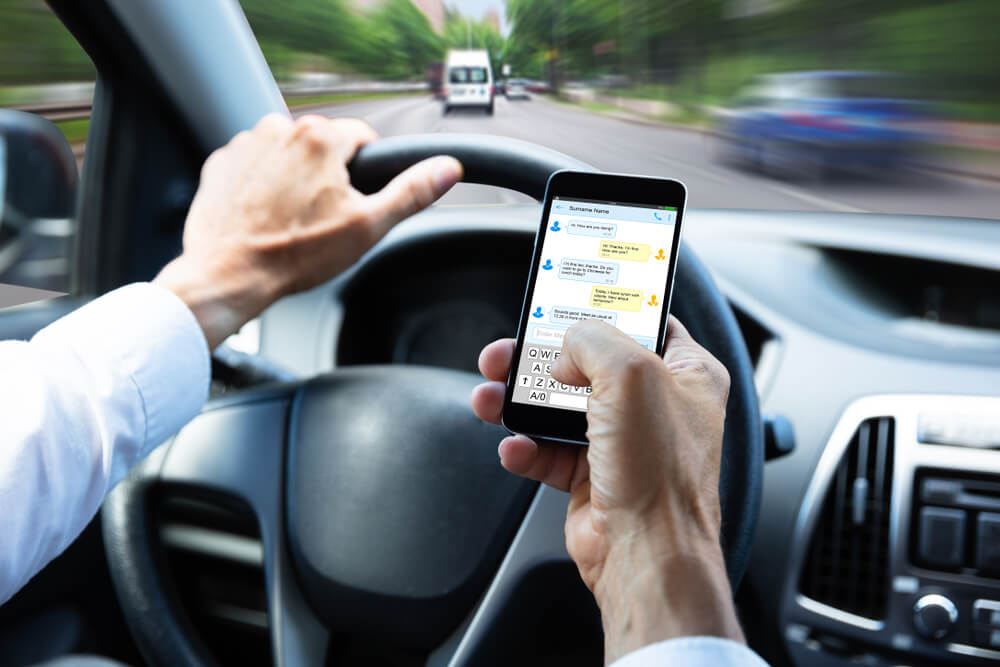 Four Things That Can Cause Distracted Driving

Accidents involving vehicles are far from rare. They happen every day, and while most result in minor damage to the cars involved, others cause injuries and even fatalities. Sometimes, accidents occur because of a driver’s recklessness. Other times, crashes are the result of somebody driving under the influence or speeding. What you might not realize is that distracted driving is one of the major causes of car accidents in the US, claiming the lives of nearly 3,500 people in 2016 alone and injuring hundreds of thousands of others.

What is Distracted Driving?

Distracted driving refers to any activity that diverts somebody’s attention away from driving. Such actions can include texting, fiddling with GPS systems, talking to passengers, and even eating. Texting is generally considered to be the most severe form of distracted driving. To put it into perspective, texting diverts your attention from the road for an average of five seconds, which means that at a speed of 55 mph, you’re mostly driving the length of a football field blindfolded.

Below, we discuss the four most common forms of distracted driving. Hopefully, this list will make you think twice about failing to pay attention when you’re behind the wheel.

Texting is the most dangerous type of distracted driving in the US, and it claims the lives of thousands of motorists and injures many more than that. Texting while driving is a triple threat because it removes your hand from the steering while, prevents you from looking at the road, and mentally engages you in writing a message rather than driving. The bottom line is, you should never text while you’re driving; it’s an accident waiting to happen.

Using Cell Phones in Other Ways

It’s not just texting which causes vehicle accidents. Speaking on the phone, even if you are doing so using a hands-free device, and using voice commands to write texts and choose music can result in road accidents, too. On average, your brain will stay distracted for around 27 seconds after using voice commands. If you want to remain out of harm’s way and protect others, you should accustom yourself to never using your cell phone while driving.

Rubbernecking might be a funny phrase, but it’s an activity that causes plenty of road accidents in the US every year. Rubbernecking refers to focusing on something that’s happening outside of your car rather than concentrating on what’s going on in front of you. In many cases, it occurs when people slow down to observe an accident, ironically increasing the chances of causing yet another crash.

Last but not least – daydreaming is another common cause of accidents that occur due to distracted driving. It’s for this reason that we’re warned time and time again to pull over and get some rest if we feel tired or distracted while driving. Given that daydreaming can cause fatal accidents, not driving while feeling tired or preoccupied is advice that you should take seriously.

Before you think that you could never fall prey to distracted driving because of your fantastic driving skills, remember that nine people die every day due to crashes caused by a distracted driver. If you’re ever involved in an accident due to somebody else’s negligence or recklessness and require legal representation to claim the compensation you deserve, get on the phone to our lawyers–just not while you’re driving.